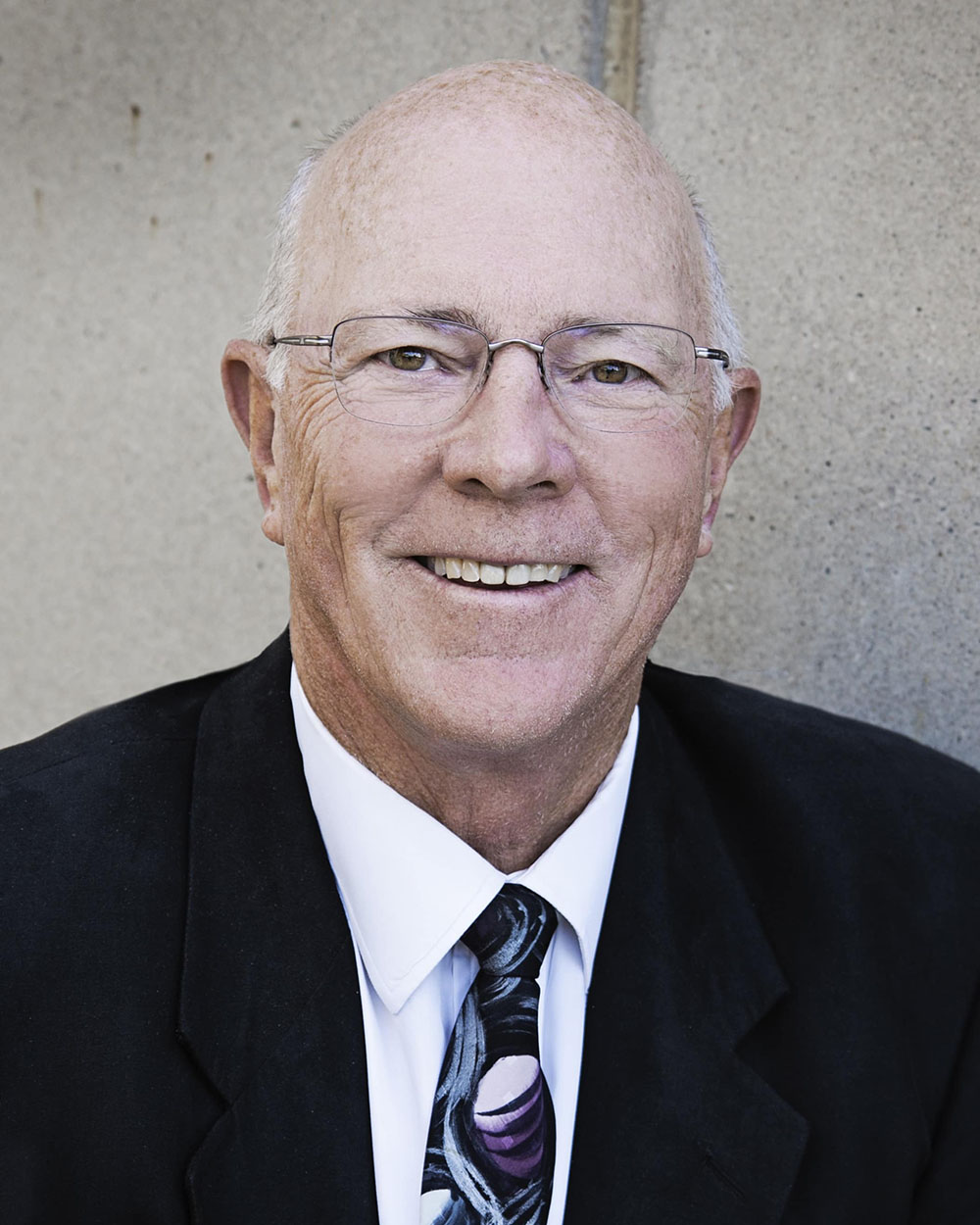 Dick Bell was nervous. It was about 10 or 15 years ago and he was about to go into a conference call with a bunch of big-shot tax attorneys out of New York and Chicago. Now, Dick knew he was good at his job. He had the confidence of his client and he knew what he was doing. Even so, he started pacing back and forth before the meeting. His hands were sweating a little bit, his feet were tapping. He needed…something. Maybe it was a cup of coffee. Maybe it was something a little stiffer. No, that’s not it. What he needed, really, was to talk to his friend and mentor, Roger Wesnitzer.

Roger is the founder of CPA Consulting Group. A Wyomingite through and through, Roger attended the University of Wyoming School of Business and, while there, he took his first accounting class.

“I seemed to have an aptitude for it and really enjoyed it,” Roger said. “I changed my major to accounting when I was a sophomore.”

Roger graduated from UW and then went to law school in Los Angeles, at the University of Southern California.

“After a couple of weeks, I discovered I couldn’t do it,” he said. “There was too much commuting and I couldn’t live out there.”

Roger said he worked for an international firm in Los Angeles for a while, and then moved to Colorado and worked at a regional firm there, but he never felt comfortable in either place. They never felt like home.

Eventually, Roger moved back to Casper and began working for a CPA firm, where he would stay for the next 7 years.

“Our goal was to be the very best firm we could be,” Roger stated. “And to do that, we had to study a lot and have technical staff meetings every week. Everyone had reading assignments and made presentations. A lot was expected of everyone.  Some people decided they couldn’t do it or didn’t want to do it. And the really good ones rose to the top, kind of like cream.”

Indeed, they did. One of the employees who rose to the top quickly was Dick Bell. Roger said he hired him in the 1994, and Dick has been there ever since, eventually becoming partner in the firm, along with Bill Cubin and Barbara Harkins.

“Bill had been with another firm, and then he left public accounting to work for a private company,” Roger said. “And he soon learned that wasn’t what he wanted to do. I became acquainted with Bill and we just got lucky to find someone with his talent out there, wanting to get back into public accounting. He had a good background in the other firm, but I think by his own admission, he would tell you that what was expected at CPA Consulting Group was quite a bit more than what was expected at his previous firm.”

Luckily, Bill met and exceeded every single one of those expectations.

As did Barbara Harkins.

Before Barbara began working for CPA Consulting Group, she did work for mutual clients as their bookkeeping and payroll person.  Roger was impressed with both her skills as a bookkeeper, and her overall attitude.

One day, she approached Roger and asked what it would take for her to get back into public accounting. He told her she needed a degree in accounting.

She already had a Masters degree in accounting, just had not taken the CPA exam.

“And so, I said, ‘Well you need to come over and visit with us,’” Roger remembered. “Having worked with her for a number of years with mutual clients, it was obvious she was really very good at what she did. She took a lot of pride in her work, but she just wanted to be more challenged. So, I said, ‘Well, we have a spot for you.’”

“She’s great with clients,” Roger stated. “So, too, is everyone in the firm, I believe. They just have very good people skills and they’re very technically proficient as well. But there’s one other aspect of the recruiting process that we always looked for, and that’s ‘thinking outside of the box.’”

But what does that actually entail?

“We don’t want to be historians,” Roger explained. “We don’t want to just put numbers on tax returns. We want to be planners and we want to be thinking about what’s the next step for these clients? How can we save them money? We always had a rule that we better be able to save our people more money in taxes than we ever charge them. It’s been a pretty good rule to stand by over the years.”

Roger has built a company that is client-focused. It is a company that doesn’t just prepare tax returns and send people on their way. CPA Consulting Group, LLP partners with its clients to help them succeed and achieve their own dreams, much like Roger has achieved his.

Roger Roger is mostly retired, now. He still handles taxes and estate plans for many of his ranching clients. They’ve been together for years and these ranchers wouldn’t want to work with anybody else.

“So many of them have told me that I can’t completely retire until they die,” Roger laughed.

So, he still does some work but, he said, many of his days consist of coming into the office and not just teaching, but also learning, from the other CPAs.

“My biggest joy is to be able to come in here and sit down with the other CPAs in the office on an individual basis and think our way through projects,” he said. “We’ll discuss and think about how we can help particular clients, and put together a plan on tax savings and what they should do. I enjoy that. I enjoy helping these younger people do planning and get good at being creative.”

In the near 40 years CPA Consulting Group, LLP has been in business, Roger Roger and his team have gone to great lengths to distinguish themselves from other CPA firms. They’ve become a client-centered company that specializes in many areas of tax issues. They constantly have their finger on the pulse of new tax laws and rules that come out. They hold weekly staff meetings in which they discuss and identify particular clients that could benefit from law changes or new provisions in the tax code. They read a lot. They’re constantly looking for new ideas that will benefit their clients in a variety of ways.

“We try to get different people to emphasize different aspects of tax and other issues in the financial world,” Roger said. “If we have a particular client and they’re involved in a particular industry and we recognize that there’s a new court case or a new law that has come out, we’ll go to our person who has the specialty in that area to see how we can apply that new change to a particular client.”

Many of the CPAs that work for CPA Consulting Group have multiple areas of interest and various specialties.

And that’s one of the biggest benefits that CPA Consulting Group, LLP holds.

“We do tax returns, yes,” Roger said. “But our focus is on planning. We already know what the tax return should look like by the time we do it, because we spent all the time in the planning process before the end of the year.  We’re trying to take advantage of the specific areas of the law to get the best result in tax savings. And, because of that, we probably do more planning with clients than any other firm that I know of. That’s our big distinction: Our constant desire to plan, rather than just be historians.”

“I think the legacy of the firm is… you would hope all of our clients respect the firm and the individuals they’re working with, knowing they are the very best  they can find,” Roger said. “We want all of our clients to have the confidence in knowing they are being taken care of, and CPA Consulting Group has their best interest at heart. And in order to do that, we have to walk around with the confidence of knowing we’re really good. But we’re not going to tell people we’re really, very good. We’ll let them decide that.”

Dick Bell was nervous. He knew he was good at his job, but he was about to join a conference call featuring tax attorneys, CPAs, and others who were all on the side of the buyer in a company acquisition. Dick was representing the seller. It was a big project. It was an important call. He was nervous, and he needed to talk to his friend, and mentor, Roger Roger.

Dick explained the situation to Roger and asked him a few questions. He asked for any advice Roger may have and though he was confident, he knew this was a big deal.

“Dick,” Roger stated, “I’ve worked in international firms and I’ve worked in regional firms. I had an opportunity, early in my career, to work with a lot of different CPAs. And Dick, I can tell you that you’re the best CPA I ever worked with and you’re not going to have any trouble in that conference call. You just stick to your guns and stick to what you know, and you’ll do just fine.”

With that, Roger left Dick to his own devices. A couple hours later, the conference call ended.

Dick walked back into Roger’s office with an enormous smile on his face.

“I really needed your vote of confidence before that call,” Dick told Roger. “And it all worked out just fine.”